This is a photo of La Monte Young and Marian Zazeela and fellow performers, used in a promotional email for the show: 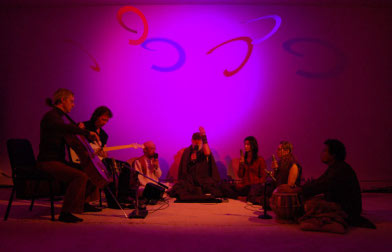 And this is a still from a video on the museum website, at guggenheim.org/third-mind, showing Paul Kos‘s “The Sound of Ice Melting,” which focuses eight microphones on two 25-pound blocks of ice: 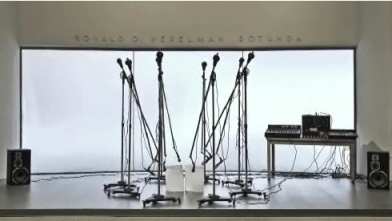 A series of performances and conversatios associated with the exhibit will feature Meredith Monk, Laurie Anderson, Yoko Ono, Robert Wilson, Merce Cunningham, and others.