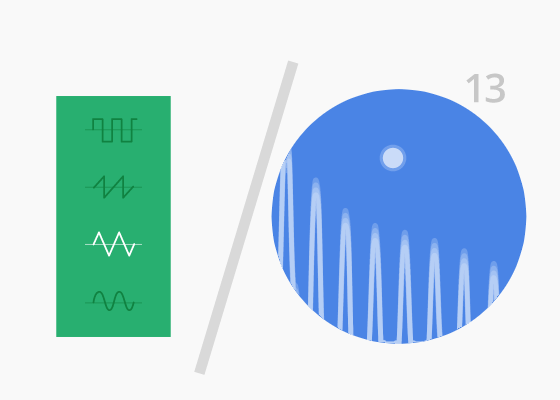 Â¶ Android Music: There is a heap of Easter Eggs hidden in the holding page for the upcoming Google I/O developers’ conference, at which various Android subjects will be unveiled. These Easter Eggs are accessed by clicking the I and O on the page to yield various results. For example, clicking 10001000 yields a wave generator, as pictured above, and 11011011 yields a touch-based music toy. This being Google, there are Easter Eggs within the Easter Eggs — that is, the binary code isn’t entirely random. For example 10000001 yields a game of pong, the sense being that the 1 on either end symbolizes a paddle. It’s not immediately clear what the meaning of the two music-related codes is. (Found via the helpful comments on the post at theverge.com.) 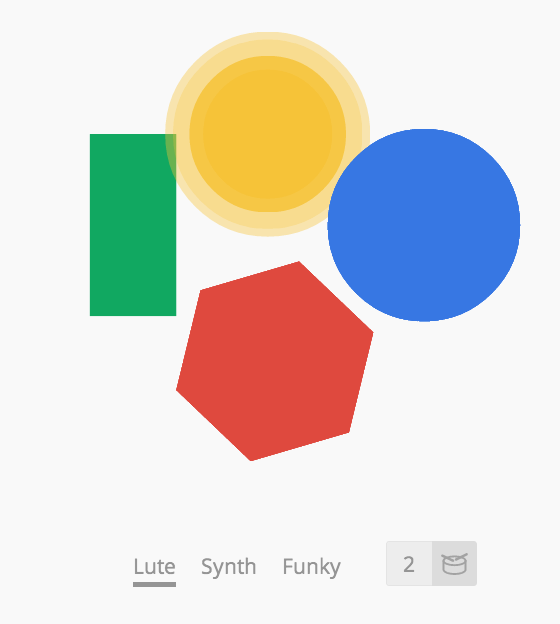 Â¶ Spring Drop: The score to Spring Breakers, the new film by Harmony Korine (Kids, Gummo), was largely composed by Skrillex and Cliff Martinez, often working together. The pairing is certainly interesting, since it is fair to say that Skrillex, the showboating EDM figure, and Martinez, the composer of subtle scores to such films as Solaris and Traffic, represent polar extremes along the continuum that is contemporary electronic music. Almost the entire Spring Breakers soundtrack album is streaming is currently at pitchfork.com. Of the album’s 19 tracks, all but 5 feature either Skrillex or Martinez. Three are collaborations, 7 are Skrillex solo pieces (one a remix), and 4 are Martinez solo pieces. The album comes out March 18 on Big Beat/Atlantic Records, and the movie on March 22. The Pitchfork stream includes all but two of the tracks (numbers 8 and 19 in the list below). The movie stars James Franco, Selena Gomez, Vanessa Hudgens, Ashley Benson, and Rachel Korine. More on the film at springbreakersfilm.com. Here’s the track listing: