White Noise or Techno or Both (MP3) 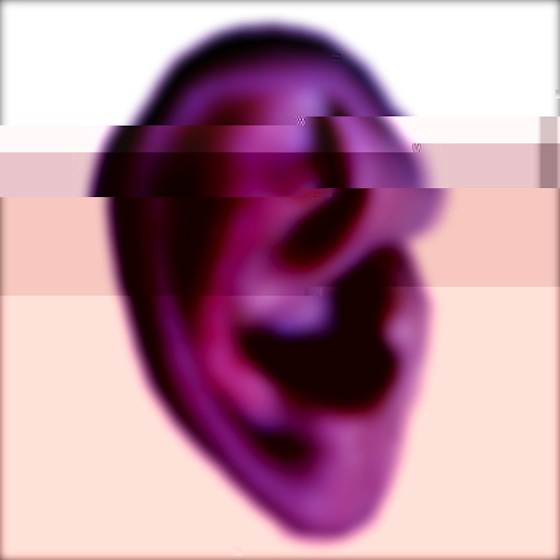 At about 13 minutes in — that is, 13 minutes into its nearly 25-minute running length — the track glitches out like a restaurant CD player caught in a digital groove, the skipping a fast-motion mantra, a bit of pointillism psychedelia. That the track, “Lobe,” needs to achieve near stasis for the glitch to truly overwhelm says much about how gentle and effective it is up to that point, because it is constantly reconsidering its direction, fading out before veering left, the slightest bit of percussive detail suddenly emerging as the cornerstone of the metric approach, the whole notion of a downbeat seemingly up for grabs at all points. Right from the opening, its pneumatic percussives like tiny little steam-release valves, the track teases how much it is white noise disguised as techno, and how much it is techno disguised as white noise. The rhythm emerges slowly, like the head of a particularly anxious tortoise from its shell. At its best moments, and there are many, it is like a pause tape made entirely of static.

Track posted by JoÃ£o Ricardo, of Porto, Portugal, under the Lopa pseudonym at a “name your price” rate at opcabpol.bandcamp.com. More from Ricardo at joaoricardo.org and twitter.com/ocpptvu.

â–¼ Part two of the two-part history of Celluloid Records is now streaming online, via strut-records.com:

â–¼ Mike Patton‘s score to The Place Beyond the Pines is streaming in full at pitchfork.com. The film stars Ryan Gosling, Eva Mendes, and Bradley Cooper, and was directed by Derek Cianfrance (Blue Valentine). There’s also an interview a the site. In addition to 12 original cues from Patton, the film features by Arvo Pärt and Ennio Morricone, among others.

â–¼ The soft launch of music critic Michael Azzerad‘s new website, The Talkhouse (at thetalkhouse.com), included Laurie Anderson on Animal Collective and Vijay Iyer on Flying Lotus. Rosanne Cash describes Jim Jarmusch and Jozef Van Wissem‘s The Mystery of Heaven as sounding “like Ennio Morricone and Brian Eno got in a fight while writing the music for a spaghetti western.” According to press materials, “The Talkhouse will feature one piece on one album written by one musician each day, five days a week. On weekends, the site will feature a long-form music feature piece written by artists across many genres: film, comedy, literature, etc.” Azerrad is the author of Our Band Could Be Your Life: Scenes from the American Indie Underground 1981-1991 and Come As You Are: The Story of Nirvana. The site is still listed as being in beta.

â–¼ In his occasional email newsletter, Warren Ellis (Transmetropolitan, Red, Gun Machine) talked a bit about the excellent Spektrmodule podcast (“ambient, sleepy and haunted musics,” in his description) that he concatenates. The latest episode, number 17, includes music by Pausal and Paul Hillier’s Theatre of Voices.

â–¼ There’s a three-day ambient-music convention/conference, titled AMBIcon, to be held from May 3 – 5 in San Rafael, California. It is taking place to note several milestones for the Hearts of Space, which began in 1973 at KPFA-FM in Berkeley and celebrates its 40th anniversary this year. The show began national syndication in 1983, and earlier this had its 1,000th broadcast. There will be eight surround-sound performances by Hans Christian, Stephan Micus, Jeff Pearce, Robert Rich, Steve Roach, Michael Stearns, Stellamara, and Tim Story, a Q&A session moderated by Stephen Hill (the series’ host and co-founder), and a presentation by Mark Prendergast, author of the book The Ambient Century. More details at hos.com.

â–¼ There were 19 tracks produced for the 64th Disquiet Junto project, which ended last night at 11:59 pm. The project involved the theme of “composing from memory.” … Also, I finally put together a set of the 25 extant tracks from the 14th Junto project, which involved sonic versions of the comic that served as the starting point for Matt Madden’s Oulipo/Oubapa comic, 99 Ways to Tell a Story: Exercises in Style.

Five, seven, five. These are the incremental dimensions known as the haiku. In written and spoken language, these numbers translate into syllables, forming a collective literature of single-serving reflection. When those numbers are stretched to represent minutes rather than syllables, their relative size diminishes in terms of its self-evidence, but in the hands of the musician named Mystified, the matter of reflection remains. The netlabel Subterranean Tide has released a three-track collection by Mystified, each track taking its length and title from a line of haiku, in this case a work whose central subject is sound: “Night cicada; / having slipped upon some dew / to the moon he cries.” The first track is five minutes long, the second seven, the third five again. Each is a mix of what might, in other contexts, be thought of as ambient industrial music, except that the notion of the cicada transforms the background hiss into the imagined constant whir of insectoid activity (at times what appears to be an actual cicada is also heard). There is a variety of droning, lightly percussive sonic material, and the highlight may be around two thirds of the way through the second track, when the combined rhythmic elements form something that might even be considered a groove.

More from Mystified, aka Thomas Park, at mystifiedmusic.com. More from the netlabel at subterraneantide.com.

Asked in a SoundCloud.com interview, “What is your favorite sound and why?” the musician Jared Brickman responded, “The bottom octaves of a piano. You can make the entire harp shimmer by suppressing the sustain pedal and playing a few choice chords. There’s no sound like it.” That low-level sound serves as the foundation for the slow-motion stimulation engine that is his hour-long piece of what he has described as an “ambient piano suite,” one with the appropriately extended title of “Every Day We’re Dying and Outer Space Does Not Give One Single Fuck.” Despite the non-safe-for-work final syllable of the piece’s title, the music is more existential than nihilistic, as one of his self-selected tags makes clear, over at soundcloud.com/one_hello_world, where it was posted for free download in the past few days. It is a lulling, introspective work, the scintillate patterning of the loose-jointed piano bringing to mind La Monte Young’s compositions, a matter reinforced by the trademark purple that highlights the standalone website Brickman made for the piece, over at everydaywearedyingandouterspacedoesnotgiveonesinglefuck.com.

Brickman is best known for his One Hello World project, which involves people leaving him a voicemail, at (316) 247-0421, for which he then writes a soundtrack. More from Brickman at onehelloworld.com and twitter.com/OneHelloWorld. The interview with Brickman is at blog.soundcloud.com.

There can be vocal parts without vocals, as when an instrument fills in where words were intended to appear, or when words seem to have been transformed, technologically, into something other than words, something with the shape of words, as if heard through a thick wall — something with the shape of words, even the impact of words, yet without the meaning implicit in specific words. The dark, serrated, chord-like structures that occasionally make themselves heard amid the mid-tempo aurora that otherwise is the 2006 track “Emperor Moth” by Heathered Pearls bears the impression of words thus transformed, and for that reason the full piece bears this vague, passing resemblance to a song, a song struggling to be heard, a struggle belied by the music’s seeming placidity.

Track originally posted, this week, for free download at soundcloud.com/heathered-pearls. Heathered Pearls is the Polish-born, Brooklyn-based Jakub Alexander, more from whom at ghostly.com and twitter.com/heatheredpearls.