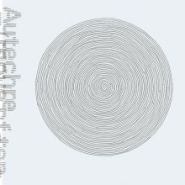 Usually the majority of the most popular posts in a given month on Disquiet.com are drawn from the site’s daily free (and legal) recommendations of MP3s. July was no exception, though four non-freebie posts also appear in the top 10: (1) the MP3 Discussion Group’s take on Move of Ten, the recent EP by Autechre (cover pictured at left); (2) my essay on the use and meanings of sound in the novella Cosmopolis by Don DeLillo; (3) an announcement of an essay I published (at weallmakemusic.com) on “5 Reasons for Musicians to Consider the Creative Commons”; and (4) the fourth entry in this site’s “Sketches of Sound” series, in which illustrators (in this case New Zealand comics artist Dylan Horrocks, best known for his graphic novel Hicksville) draw objects associated with sound. Horrocks drew a vinyl LP in its paper sleeve. 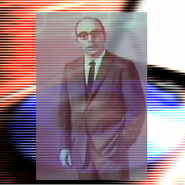 The six most popular free downloads of the month, rounding out the top 10 most popular posts, were (5) Alec Vance having his way with a vuvuzela sample (that’s the plastic horn made famous worldwide during the recent World Cup); (6) a live performance of Christian Marclay‘s “Graffiti Composition” from 2006 by Melvin Gibbs, Mary Halvorson, Lee Ranaldo, Vernon Reid, and Elliott Sharp; (7) a podcast of field recordings (raw and cooked) produced by John Kannenberg; (8) Mystified‘s retro-proto-electronica (Adventures of Plunderman); (9) minimal-techno space music by Mensa (aka Edu Comelles); and (10) some blissful pop-noise from the group Truman Peyote. 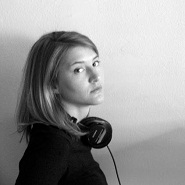 The top searches of the month were “autechre” (big surprise there), “aairria” (subject of a couple Downstream entries), “lesley flanigan” (interviewed here in June, and shown in the photo at left), and “oval,” and then in a multi-way tie “:Â¬l” (that’s a musician’s name), “aphex” (as in Aphex Twin), “exit strategy,” “green day” (your guess is as good as mine), “nah und fern” (the title of a box set of work by Gas, aka Wolfgang Voigt), “p-funk,” “rss,” “terry riley,” “topic,” and “vuvuzela.” That’s leaving out search requests that yield null results.