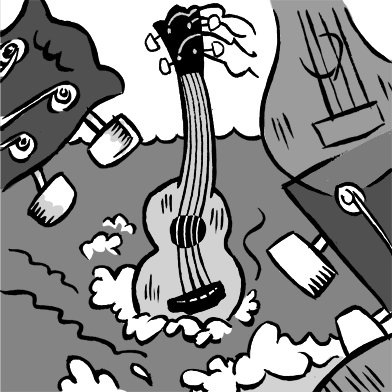 For the 14th entry, Brian Hagen offered his services. Hagen is a cartoonist and illustrator; a survivor of Los Angeles, New Orleans, and graduate school; and now a happy Cincinnati resident. He loves the silent comedies of Chaplin and Keaton, and long walks in the subconscious. His most recent published comics appeared in the anthologies Twelve-Way with Cheese and Feast (Yer Eyes). Currently, he’s working with underground comic pioneer Justin Green (whose “Musical Legends” series of comics I edited in Pulse!) on their webcomic, Pen Grenades.